The Tusayan community first publicly expressed a need for improving its existence in 1987, when a “Tusayan Master Plan” was developed for local landowners Leland Thurston, Fain Properties and Red Feather Properties, utilizing Thorp Associates P.C. of Estes Park, Colorado. According to the Tusayan Master Plan, 2,440,000 people visited the South Rim of the Grand Canyon in 1987. 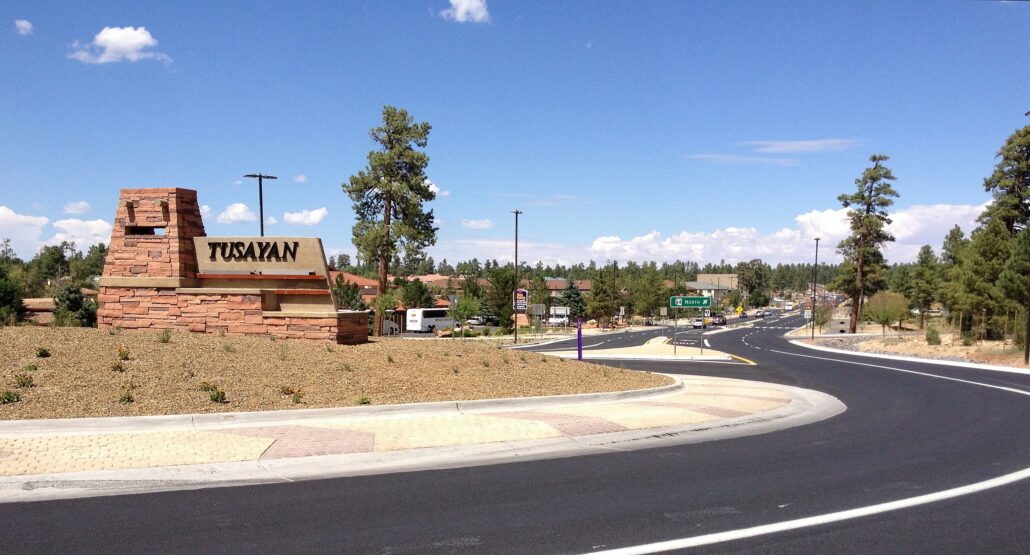 The now 31-year-old report identified a need to elevate Tusayan’s role as a National Park gateway community, noting: “As annual visitation to the Park increases, additional goods and services will be needed well beyond what Park concessioners are able to provide. Even today, during peak periods, services offered within the Park cannot meet demand. The community which most visitors to the South Rim see first as they enter the Park ought to be in harmony aesthetically and environmentally with the Grand Canyon.”

The Tusayan Master Plan also called for better housing options in the area, quoting Northern Arizona University’s Department of Public Planning that “housing is both inadequate, and in some cases, of marginal quality.” 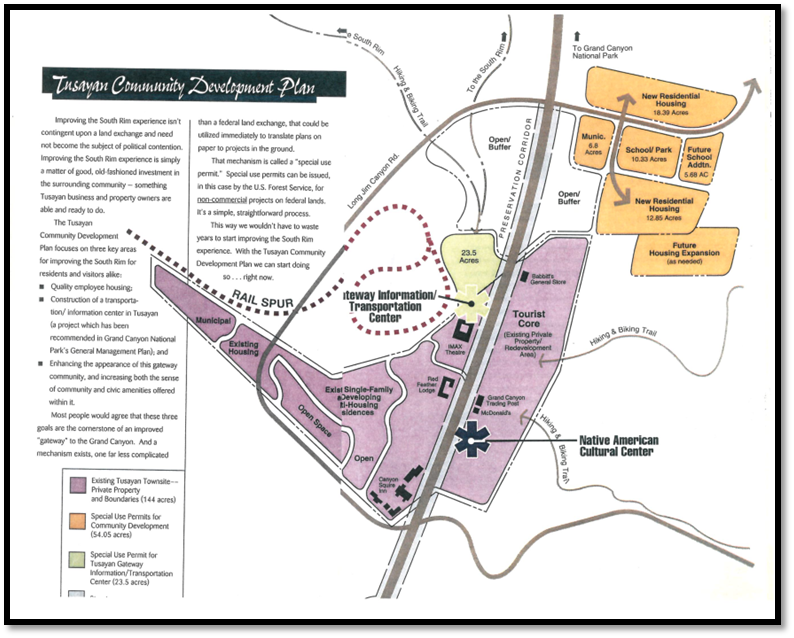 In 1994, a group of area businesses and property owners called the Grand Canyon Improvement Association (GCIA), utilizing the same Colorado planners as the Tusayan Master Plan, assembled the “Tusayan Community Development Plan,” which identified a need for “more housing, cultural and informational resources, an efficient transportation center and other support and recreation services,” including a new local school, and a Native American Cultural Center.

“The need for good, affordable housing in the area is critical – for the employees of Tusayan businesses and employees of the Grand Canyon National Park and the U.S. Forest Service,” the plan states. “More time cannot be wasted to solve this pressing problem.”

In the 1990s, Stilo Development Group acquired 11 inholdings in the Kaibab National Forest and worked with the U.S. Forest Service in the latter part of the decade on a land exchange involving several of Stilo’s properties and Forest land near Tusayan called Canyon Forest Village.

In 1998, the National Park Service released a social science program called “Gateway Opportunities: A Guide to Federal Programs for Rural Gateway Communities.” Canyon Forest Village was based upon its guidelines: “The NPS has a vested interest in rural development that meets the shared goals of the NPS and gateway communities. Rural development implies:

While the land exchange was principally a USFS action, the proposal was intended to allow for an expanded land base in Tusayan whereby, over time, the NPS could gradually “de-urbanize” the Park through the removal of non-essential, non-historic services and facilities and greatly reduce automobile usage in the Park. Though the Canyon Forest Village land exchange didn't happen as approved, Stilo remains the owner of the properties. 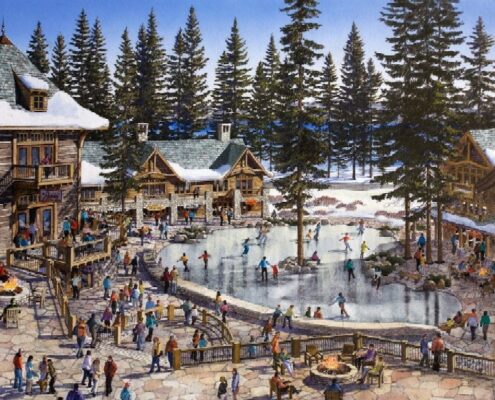 Over 20 years later, not much in the region has changed, except: 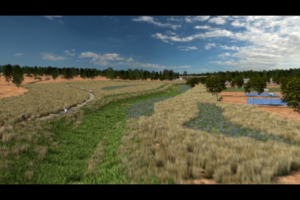 A rendering of open space near a neighborhood at Ten-X Ranch.

The approved planning at Kotzin Ranch and Ten-X Ranch properties accommodates over 100 acres of open space for residents and visitors to better enjoy their town and the surrounding landscape.

It is important to provide connectivity to the nearby Kaibab National Forest and Grand Canyon National Park trail systems, as well as the planning that has been done via the Tusayan Trails program. Grand Canyon-area residents will have intimate access to some of the country's most beautiful features via hiking, biking, observing nature and other outdoor recreation for families. 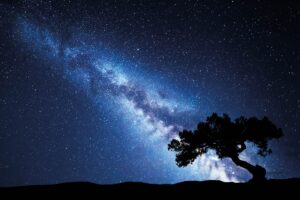 Tusayan has its own night sky ordinance.

Tusayan and Stilo are committed to preserving one of the best night sky viewing locations in the world. 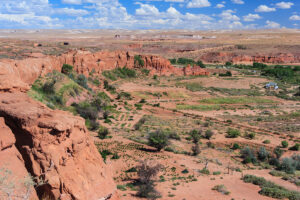 To date, direct Native American business participation in Tusayan has been limited. Stilo has in the past developed direct partnership agreements with Plateau Tribes and hopes to provide unique cultural and entrepreneurial opportunities to Native American tribes and individuals for economic participation in one of the most spiritual of places inextricably linked to them. In the future, Stilo hopes to develop opportunities for tribes such as joint ventures and other equity participation, lease space available to tribes, chapters or members for small businesses, and equity opportunities through limited commercial partnerships.

Despite these challenges, the Canyon Forest Village proposal moved forward an important conversation between Stilo, the USFS, the Grand Canyon National Park, nearby tribes, conservation groups, elected officials, business leaders and local residents about appropriate regional development that has continued to this day.

Some of the modern-day byproducts of Stilo’s Canyon Forest Village include:

In 2007, the Grand Canyon Chamber of Commerce appointed the “T 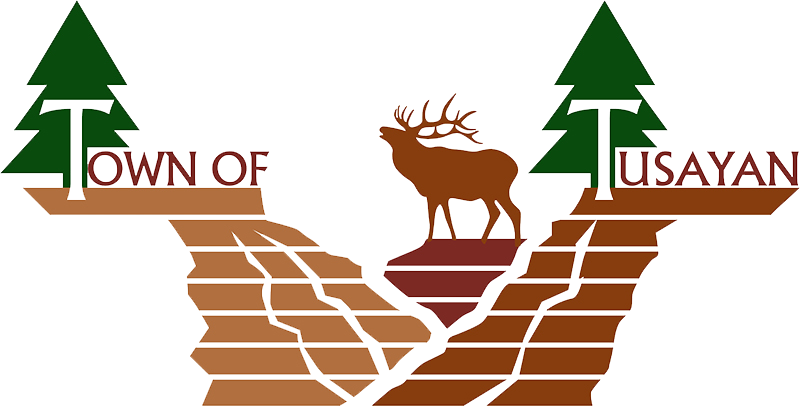 usayan Incorporation Task Force” to study whether incorporation was appropriate for the community. While the group’s final report did not take a formal position on whether Tusayan should incorporate, most of its findings supported the notion that a local town could be successful, including an independent, third-party economic report by Dan Cothran, a political science professor at Northern Arizona, who cited a strong economic outlook based on a local sales tax.

In 2010, Tusayan officially incorporated, as 62% of residents voted in favor of becoming a town based on the promises of opportunities for new housing and amenities. In 2011, the Town’s first elected council voted 4-1 in favor of the development agreement between the Town and Stilo that would allow for mixed-use projects at Ten-X Ranch and Kotzin Ranch. A mix of housing, retail and lodging is included in the agreement.

In 2013 and 2014, the Town drafted and approved an extensive General Plan that highlights in great deal the uses desired and envisioned on the Kotzin and Ten-X properties. In July 2014, the Town of Tusayan submitted a special use permit application to build a road and utilities to Kotzin and Ten-X, which was returned by the Kaibab National Forest in 2016 following NEPA scoping.

In 2017, former Arizona Senator John McCain wrote a letter to the Secretaries of Agriculture and Interior, urging better cooperation in the Grand Canyon region. 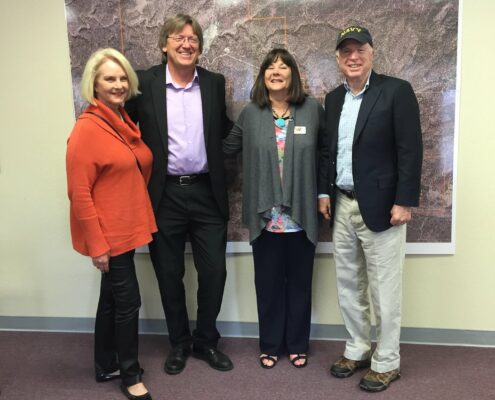 “In western states with large amounts of federal land, gateway communities are frequently in or near National Forests,” McCain wrote. “This close proximity creates a situation that requires productive relationships between the local communities, the National Park Service, and the U.S. Forest Service… We ask you to direct the U.S. Forest Service and National Park Service to reinitiate good-faith discussions with the Town of Tusayan on moving forward with analyses of any future proposals to address housing, water and telecommunications needs in and near the Grand Canyon National Park.”

Tusayan stands ready to work with all local stakeholders in the spirit Sen. McCain described.

The current proposal represents an attempt to address the needs of this vital gateway community, building on the important work that began in 1987 and continued by many local residents, businesses, government agencies, tribes, non-governmental organizations, and others that led to where we are today.

This proposal is consistent with the Kaibab Forest Plan, specifically “management at a landscape scale by taking an ‘all-lands approach,’ and specifies strategies to achieve the desired conditions and objectives in the Plan, including working closely with partners and across administrative boundaries to meet common objectives.”

With regard to future development, this proposal addresses several items of concern identified during the previous NEPA scoping, including density and water use.

Stilo has committed upfront, that if the proposal is approved, it will consent to a 33% reduction in the authorized density of the two parcels and will agree not to use groundwater for future commercial development purposes. These commitments were made in response to public comments received during the scoping period.

Unchanged in this proposal is the permitted uses on the properties, specifically spelled out in the Tusayan Pre-Annexation Development Agreement (PADA) and subsequently adopted Zoning Ordinances of the Town of Tusayan. These uses are complementary to other commercial development that already exists in Tusayan and address the current imbalance between supply and demand that is directly responsible for the distorted price-value relationship in the area, resulting in overpriced visitor services.

Statements made in opposition during and prior to the 2014 application’s scoping referring to “big-box” shopping mall development, roller coasters, golf courses, water parks, and other non-permitted uses were incorrect then, and will continue to be under this proposal.

Furthermore, many statements by opponents during the previous NEPA scoping inflated the total development footprint by including other properties in Tusayan not included in the Forest Service’s purview. This proposal, same as the last, only contemplates road and utility access to the Kotzin and Ten-X properties.